Let the Government know your experience 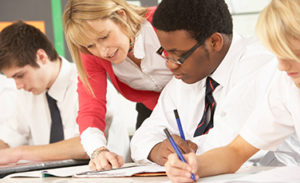 The Government has announced a new review of school exclusions in England. This will look at the rise in the number of children and young people being excluded from school, and the fact that certain groups of children are more likely than others to be excluded. The Government wants to understand why this is happening.

You can help by sharing your experiences with the review.

This is an important step for children and young people on the autism spectrum in England. Almost half of all exclusions, either permanent or for a fixed period of time, are of children who have special educational needs. The Government’s own figures show that children on the autism spectrum are three times more likely to be excluded from school than children with no special educational needs.

The review will be carried out by former children’s minister Edward Timpson. Our charity will respond to this review, pointing out that official exclusion figures are only part of the story.

Our recent ‘Autism and education in England’ report with the All Party Parliamentary Group on Autism found many more children on the autism spectrum are ‘informally’ – or illegally – excluded from school on a regular basis (such as being sent home early). One in four parents told us their autistic child had been informally excluded in this way at least once in the last year. Four in ten teachers who responded to the same survey said that their school had excluded a child on the autism spectrum, either lawfully or unlawfully, in the last year.

“The Government has told schools that all exclusions must be formally recorded. But the evidence suggests that this often isn’t happening, and children on the autism spectrum are regularly being unlawfully excluded. This has consequences for their academic progress, self-esteem and mental health.

“We want to use this opportunity to emphasise the need for schools to understand autism and make adjustments to the school environment, so that autistic pupils have a good experience at school and can achieve their potential.”

Edward Timpson says he wants to hear directly from parents and carers about their own experiences of their children being excluded from school. You can find out more about the review on the Government’s website, including how to contribute.