Space Support Chesham & South Bucks exists to support parents and help you find the resources that will make things easier for you. In these pages we have provided valuable links to a number of organisations outside of Space that can provide specialist support, as well as many other resources which we think you will find helpful.

Please do contact us and suggest additions or further information that other parents or carers might find useful.

If you have a child aged between 11 & 16, this may be of interest to you.  Shoutout is a fun group for young people with SEN – check different areas available.

More details are available from: shoutoutforsend@buckinghamshire.gov.uk

OR if your child has PDA, this may be of interest.  South Bucks PDA Support Group aim to provide parents and carers, who either have a diagnosis or believe their child may have an Autism profile of Pathalogical Demand Avoidance (PDA).  They offer the opportunity to meet informally, to share experiences, and support each other.

Action for Children provide a range of local services for children with disabilities or special educational needs. Running local children’s clubs and centres, provision is supportive, encouraging and can be tailored to your needs. Find out what is available in your area here.

Autism Bucks provides a round-up of services and news for those with autism and their families and carers. Designed to support people with autism of all age, they also run information and support evenings. Further details can be found on their website. 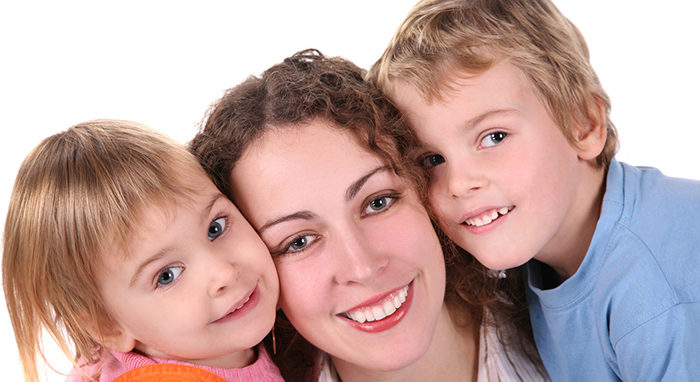 Buckinghamshire Family Information Service provides a unified information service for all families. It is also responsible for the production of the SEND local offer and provides specialist help and support for parents seeking information around Special Educational Needs provision. Explore available services here.

Carers Bucks supports the health and well-being of family carers. Supporting carers of all ages and in different caring roles, including young carers, parents of children with a physical or learning disability, older carers, carers from the black and minority ethnic community and those looking after someone with a mental health condition, Carers Bucks is there to support you. 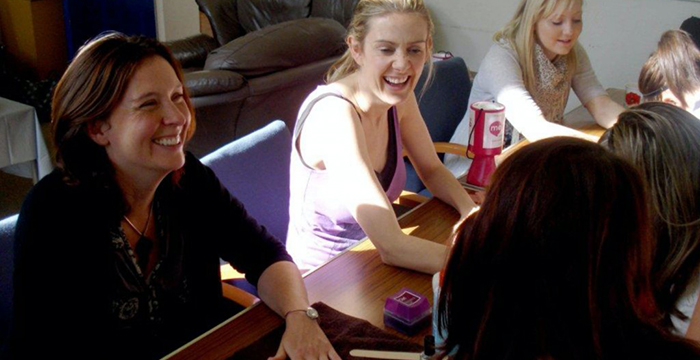 Welcome to the Autism Services Directory, the UK’s most comprehensive directory of services and support for people with an autism spectrum disorder, their families, and people who work with them.

Buckinghamshire Family Information Service (BFIS) can provide free information, advice and publications on a wide range of topics that affect you and your family

Clearly Speaking Ltd was set up to improve equality of opportunity for children and young people with Special needs/disabilities.  The Director of Clearly Speaking is herself a parent of two children, one with ADHD/ ODD and the other with ASD, Dyspraxia and learning difficulties. Both children, now young adults have health needs.  She has experienced first hand the anxiety and frustration of fighting for diagnosis and resources to enable her children to make progress in all areas of their development.

Contact (previously Contact a Family) provides support, advice and information for families with disabled children, no matter what their condition or disability.

NAS EarlyBird (under five years) and EarlyBird Plus (ages four-nine) are support programmes for parents and carers, offering advice and guidance on strategies and approaches for dealing with young autistic children. Both programmes work on understanding autism, building confidence to encourage interaction and communication and analysing and managing behaviour.

Fact Bucks is a group of parents and carers in Buckinghamshire who meet together and with service providers to talk about the services which children with additional needs receive. Other similar forums exist in other Counties across the country, all eligible for assistance from government to make our voices heard.

Founded in 2013, GRASPS is a support platform for anyone affected by Autism Spectrum Condition.  For more details and to find out how to join our private facebook support forum, please email: contactgrasp@gmail.com.  Our forum provides a safe online environment, offering peer to peer support, understanding and information exchange. GRASPS also hold monthly support coffee mornings in Aylesbury, Buckinghamshire HP20 2RE, (currently on hold during the Coronavirus climate).

NETMUMS – An amazing site full of useful information and advice over a wide range of topics.  Although a national site, information is specific to your own area. It includes a forum where people can chat and share in the “Coffee House”

PACEY is the Professional Association for Childcare and Early Years. Formed in 1977, we are a charity dedicated to supporting everyone working in childcare and early years to provide high quality care and early learning for children and families.

We provide training, practical help and expert advice to practitioners working throughout England and Wales. We also provide peer support and encouragement through our nationwide network of PACEY volunteers.

We offer accurate and up to date resources and information about the law on special educational needs and disability, covering:

Special Kids in the UK is a charity for families who have a child of any age with special needs.

Families who have children and young people with special needs often deal with similar challenges. They may have concerns about education, services, therapies, respite and other issues directly related to their child. Special Kids in the UK aim is to bring families together for friendship, to share information and to support one another.

This website offers tips, resources and advice to parents negotiating the special needs statutory assessment and statementing process. It’s written by people who have been through it, not professionals, so we cannot offer legal advice, but can point you in the direction to find it if that’s what you need. It’s mainly to help get you off the starting blocks and to provide links to established organisations who can help if problems arise along the way. It will provide links to useful sites and tips on how to get prepared and stay motivated throughout the process.
http://specialneedsjungle.com/

Thomley is a place for people of all abilities and disabilities. We bring disabled people, their families, carers and friends together with experienced and nurturing staff that understand their needs.

If you are in receipt of the Disability Living Allowance then you are eligible to apply for The Cinema Exhibitors’ Association Card. The CEA card is valid for 1 year from the date of issue and has a processing cost of £6.00 per card which must be sent along with a completed application form which is available from participating cinemas across the UK or can be downloaded and printed from their website .

Based on a 2.5 acre site adjacent to the A4 in Taplow, near Maidenhead, the Playground is open to children and adults with all types of special need, however, mild or profound, their siblings and parents/carers.
Open Tuesday to Saturday all year round, Fridays are reserved for adults with special needs.
People visit with families and as individuals, or with groups from schools, playschemes, day centres and residential units.
The Playground is also used by a Youth Club and several local parents support groups.
The Playground is an OFSTED-registered day-care facility, run by a voluntary Board of Trustees, with on-site care provided by 6 full-time and ten sessional staff, supported by a loyal band of volunteers.

Leap Children’s Therapy is an independent company based in Buckinghamshire and London providing Occupational Therapy services to children and young people.  We are a team of 3 experienced  Occupational Therapists who are highly skilled in the assessment and treatment of children with learning, behavioural and developmental difficulties. We have the  combined experience of 40 years working for the NHS, privately and on behalf of Buckinghamshire County Council.

SPACE note: Nicci Paine from Leap has been a regular speaker at our Coffee Mornings – she has OT experience & is able to diagnose ASD/ADHD privately.  Leap is spoken of very highly by our members, but the service is not free.

Buckinghamshire Community Childminding Network (BCCN) aims to provide services to support families and children who have significant additional needs or are considered vulnerable. Through funding quality, flexible home-based childcare our aim is to improve the well being of children, young people and the family.

In order for families to receive support from BCCN, families must be referred by a professional (health visitor, social worker, GP, community workers etc) referring to the Threshold Document as to why support is required.

Our focus is to come alongside children, families and young people who are facing challenging situations. We spend time getting to know them personally, listening to their story and offering support that is relevant to their unique situation and needs.

Our heart is that each person would find hope for the future, grow in confidence in the skills and abilities they have, find renewed purpose and take their own steps to fulfill the incredible potential that they carry.  https://www.restorehopelatimer.org/ 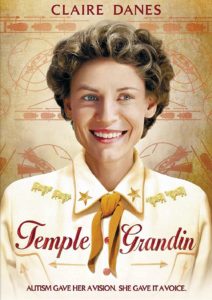 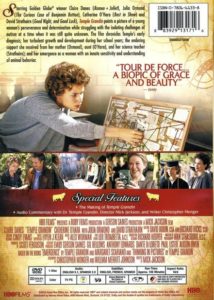 When Richard Maguire spoke at SPACE in February 2020, he recommended books by Temple Grandin, & at SPACE, we have the DVD of Temple Grandin’s life, starring Clare Danes.

It is the true story of an Autistic girl as she grows up.  She chose not to speak at all in her early years, & did not understand society’s ‘social rules’.  She had a brilliant scientific mind and visual memory though, which when channeled, allowed her to gain a Doctorate and become an Ambassador for Autism.  Her mother and aunt never gave up on her.

It’s an inspiring story – see Carol to borrow it.  The DVD cover is in Spanish, but the film is in English.

Holmer Green Church Community Activity session and events for people of all ages and abilities, with a focus on the activity needs of people with complex needs. A place to meet new people, socalise and have fun! We aim to create a relaxed and safe enviornment. 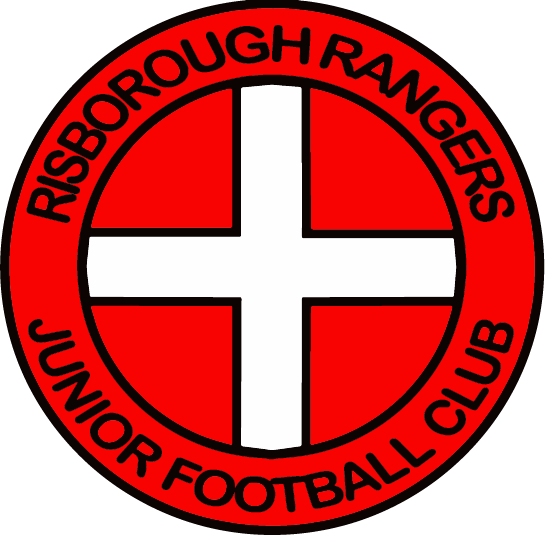 Members of the BOBI (Berks Oxfordshire Bucks Inclusive) League, the RRJFC PD Team aims to make football inclusive to all, regardless of learning difficulty, physical difficulty or any other traditional barrier to playing fun and educational football.  We welcome children aged 6-15+ plus parents and siblings to join us at training sessions on Saturday mornings, Monks Risborough School from 09:15. This season will be our third in the BOBI League where participation is totally at the discretion of the individual and where we engage in regular tournaments with short games, very relaxed rules and lots of fun competition (no-one takes things too seriously and we have a good laugh on the day!) – this time around we’ll be competing in both the U8, U12 and U16 categories.

Training is held every Saturday morning at 9:15 at Monks Risborough School, HP27 9LZ. We aim to finish at around 10:30. Click here for directions.

PONK – Support Group in Berkhamsted for Parents of Neurodiverse Children
Second Thursday of the month, 7-8:30pm
Free, but donations welcome towards running costs

​We are setting up a new support group for parents of neurodiverse children – those on the Autistic spectrum. The group will be run by parents, for parents, with the aim of sharing stories, experiences, and ideas. It can be very lonely and isolating when you have a child who is neurodivergent. We hope that by setting up this group we can offer support for one another and a new community.

Please email ponkgroup24@gmail.com  for more info or to book

for parents of children with additional needs. Meets every 2nd Wednesday of the month term time only, at Christ Church Centre, Chapel Road, Flackwell Heath, Hp10 9AA, 9am to 11am.